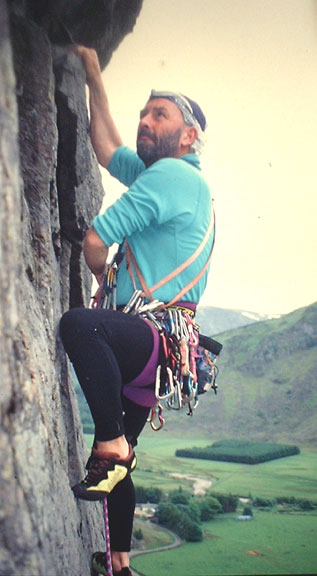 Allen Fyffe has been an active mountaineer for over 35 years. During much of that time he was an instructor and guide and now is the Executive Secretary of the Scottish Mountain Leader Training Board. He has been involved in every aspect of mountaineering and climbing, and in Scotland has done over 200 new routes in both summer and winter.

He has also been a member of expeditions to Dhaulaghri lV, Everest South-West Face and North-East Ridge, Meru and Broad Peak. Along with Iain Peter he made an early British ascent of Khan Tengri in the Tien Shan and the first British ascent of Pik Pobeda and also wrote the highly acclaimed "Handbook of Climbing". Allen has also climbed in Canada, Peru and on the high walls in California's Yosemite Valley.