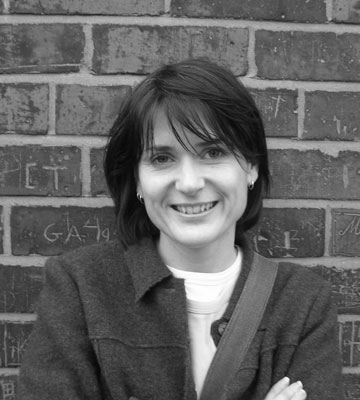 She’s spent the last 16 years working as a freelance theatre director directing an eclectic range of professional and community productions. As well as working for many of the Scottish theatre companies, she spent a number of years based at Dundee Rep where she was Associate Director and directed, amongst others, Dracula, The Jungle Book, If the Moon Can Be Believed and My Mother Said I Never Should.

She also set up Loadsaweeminsingin, a 40 strong women’s acapella singing group who celebrated their 10th anniversary in 2004 by staging a brand new operetta commissioned for them by the Scottish Arts Council from Dundee singer-songwriter Michael Marra. Work outside Scotland included The Royal Court, Holloway Prison and the Theatre on the Square, Memphis.

After directing Revenge by Michael Duke for Tinderbox Theatre Company in Belfast, she relocated her freelance base to Northern Ireland and in the autumn of 2005 she became the Artistic Director of The Centre for Excellence in Creative and Performing Arts, a new interdisciplinary arts programme at Queen’s University, Belfast.