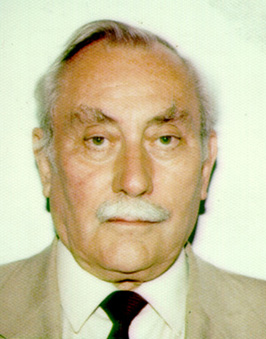 George Thomson was at the Harris from 1938 to 1944, (School Captain ’43 - 44). After leaving school he joined the RAF and on demob, attended the Dundee School of Economics. On graduation in 1950, he joined the British Tabulating Machine Company (BTM) and started a 41 year career in data processing.

His career embraced consultation, design, development, implementation, and management of computer based systems for a wide variety of applications. In his 16 years with the BTM Company he was an Instructor at the Training School (becoming the Principal from 1958 to ‘62) and finally Far East Manager.

In ’66 he joined the Hong Kong Government as Data Processing Adviser and Manager of the Government Data Processing Centre. He was with the Northern Ireland Electricity Service as Management Services Manager from ’73 to ‘76, ending his career in Consultancy, firstly with CAP International and lastly with British Aerospace in the Middle East, mainly in Saudi Arabia but also in Iraq and the Emirates. He did a consultancy job in Fiji after he retired. In 1968 he was elected a Fellow of The British Computer Society.

After the death of his wife, he commuted between his homes in Fleetwood and Broughty Ferry, occupying his spare time with local history, the Church (he was an Elder) and the Harris Academy FP Association (Secretary since May 2000 until April 2008).

It was with great sadness that news was received of his death on 16 June 2013, and the high esteem in which he was held by his friends, peers, and colleagues was evidenced by the huge attendance at his Funeral in Dundee Crematorium.