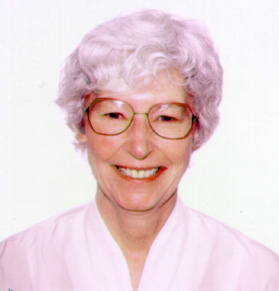 Morag Harris (nee Colvin) was a pupil at the Harris from 1949 to 1955. She qualified as a teacher at Bletchley Park Teacher Training College in Buckinghamshire, England in 1964 and this was followed by a successful teaching career in England and Bermuda but the bulk of her career has been in the United States.

She achieved academic success at Indiana University where she gained the degrees of B.S. (1978), M.S. (1980) and Ph.D. (1984) based on research into the area of Counseling and Counselor Education. This soon led to a series of professional awards - National Certified Counselor (1986), Licensed Professional Counselor (1992) and Practitioner Status of the British Psychological Society (1992). She has published numerous papers on aspects of Crisis Management and has acted as a consultant to several national groups.

Morag is currently an Associate Professor in the Department of Counseling and Guidance at Texas A&M University. On her retiral in a few years time, she hopes to return to Carnoustie in Scotland.

Dr Harris retired in 2003 and returned to Scotland to live in Carnoustie. Even after her retirement, further recognition of her distinguished career has followed. On August 1, 2005 the Texas A&M University Board of Regents awarded the title Associate Professor Emerita of Counselling in recognition of teaching, research and service at their Commerce Campus, 1985-2003.